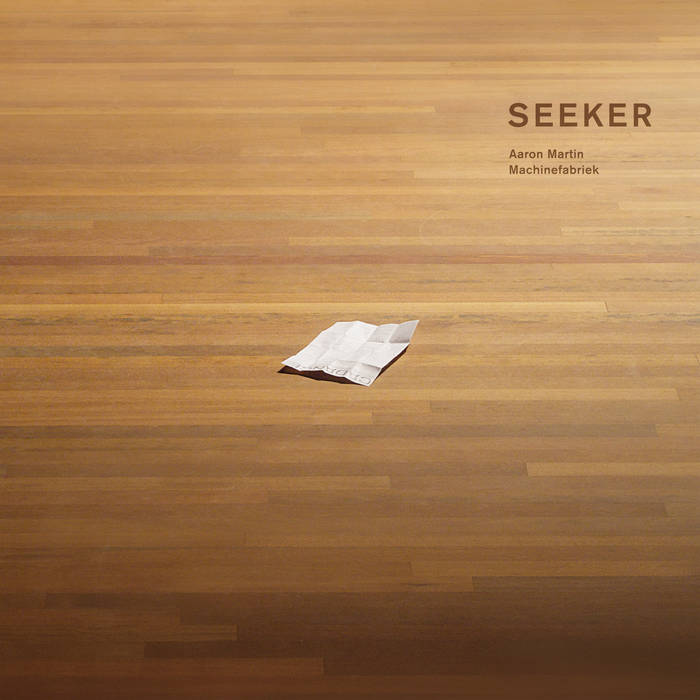 This has been a long way coming. It was supposed to be released by another label, more than two years ago, but due to (financial) circumstamces it kept being pushed forward. After we finally decided to look for another label, Dronarivm jumped on it quickly, so here we are.

In 2012, choreographer Iván Pérez asked me to work on a score for a dance piece of his, Hide And Seek. And to do this in collaboration with the great Aaron Martin. I don't think he knew at that point that Aaron and I had been working together previously (on Cello Drowning, an EP released on Type in 2007). Living in the US, Aaron started recording parts and sending them to Iván and me. Then I would use his recordings to build the score with; processing them, editing them, adding sounds, etcetera.

The tracks on the Seeker album are basically (the refined versions of) the first sketches we made, trying out how our sounds would blend, and what directinos and atmospheres could be used in the dance performance. After this, these tracks were morphed into one long collage, tailored to the choreography. This final score is added to the album as a digital bonus.