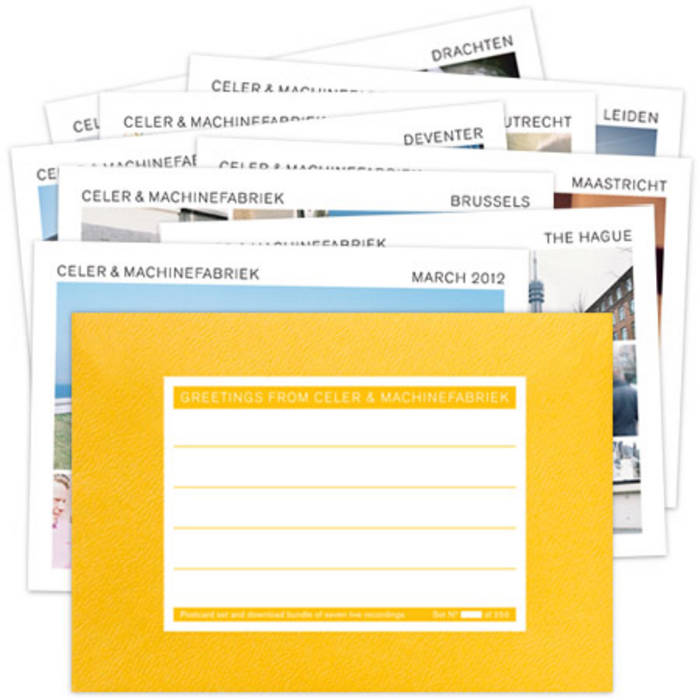 Note: I'm out of the card sets, but they're still available at Celer's Bandcamp. celer.bandcamp.com/album/greetings-from-celer-machinefabriek
___

In March 2012, we had a tour of the Netherlands and Belgium together with Kleefstra|Bakker|Kleefstra. Seven gigs in total, which were all improvised. It was the first time we played together, and we didn't rehearse. It might not have been brilliant all the time, but there was definitely some kind of magic going on sometimes. Not knowing what the other would do, these concerts were as exciting for us as (hopefully) for the audience. Trying to do something different each time, things got weirder and weirder with each performance, up to a point where it became really hard to keep a straight face while performing. It was simply a whole lot of fun, and an experience that seems worth sharing. It made the most sense to share it in the purest way, with all concerts in unedited form, from the first one to the last. These recordings, along with a postcard set with Will's photos, form the set 'Greetings from Celer & Machinefabriek', which is available for 5 euros.

All music by Will Long and Rutger Zuydervelt