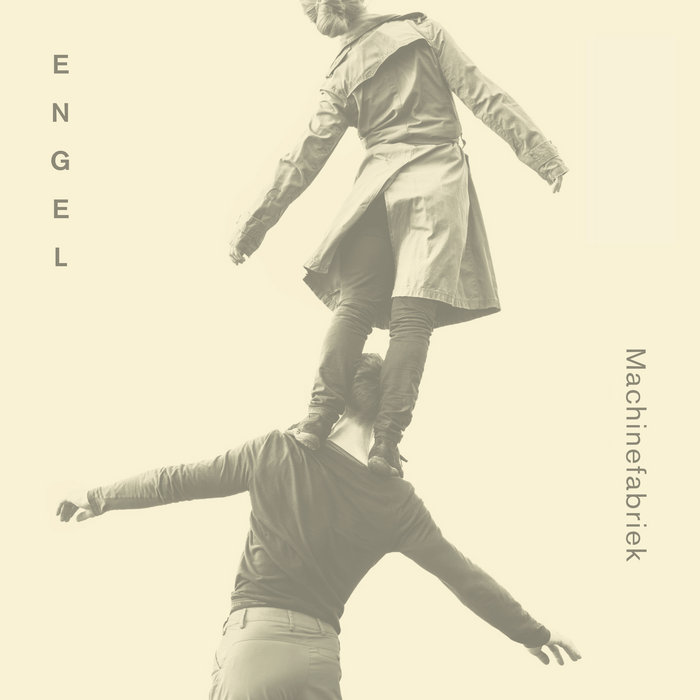 After scoring Marta & Kim's short performance 'As Much As It's Worth' (machinefabriek.bandcamp.com/album/as-much-as-it-is-worth), they asked me to do the music for their full length piece 'Engel'. It existed already as a 30-minute version, but they decided to develop is further, and to have new music created for it. Marta & Kim's combination of contemporary dance and circus acrobatics is truly magical, and composing a soundtrack for it was a true joy. It resulted in a truly transportive performance.

One of the most refreshing moments in the score can be credited to Paal Nilssen-Love, the brilliant Norwegian drummer from whom I used a snippet of a live recording in the scene 'Two High Running'. After all the electronic, atmospheric sounds, his hard-hitting and playful drums are a breath of fresh air.

'Engel' by Marta Alstadsæter and Kim-Jomi Fischer is a performance about inner struggle, decision-making and the metaphysical. Two performers, one a circus acrobat and one a dancer, melt together in a physical dialogue through a constant exchange of weight, momentum and direction.

'Engel' is inspired by the poetry of 'A man and an angel' in which poet/writer Toon Tellegen describes a man who is haunted by an angel. The two performers ask themselves: where are the angels of our time? Who is guiding us through the chaos of nowadays existence?

Drums on Two High Running by Paal Nilssen-Love, edited from a recording by Kino Eigen of a live performance at Inage Candy, Chiba, Japan in 2010.