by Machinefabriek with Anne Bakker 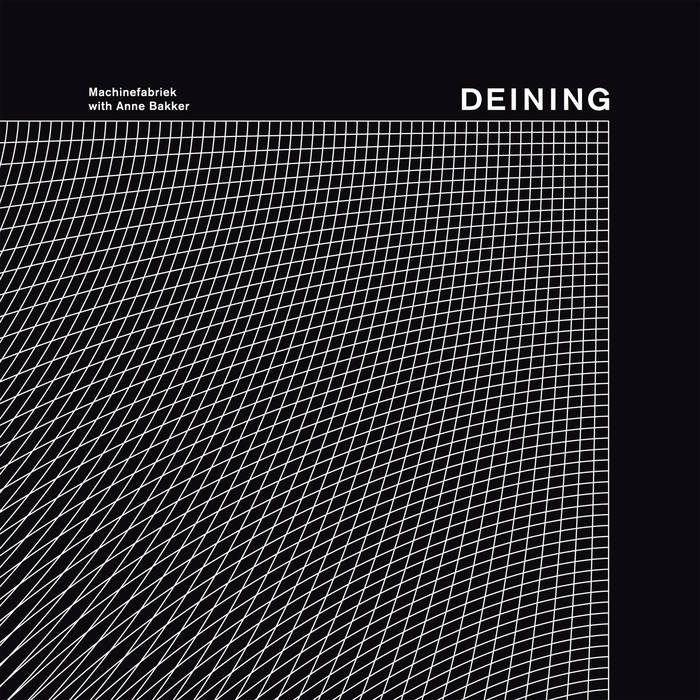 Note: both the download and the cd include the live recording 'Deining Live at IFFR 2016' as a digital bonus.

The Dutch word 'deining' (pronounced "dining") translates to 'heave' and also 'commotion'.   For Deining, I asked violinist Anne Bakker to bow each string of her instrument while sliding slowly from the lowest note to the highest, for exactly five minutes, as fluently as possible. Obviously, it turned out nearly impossible to do this really smoothly, but the unavoidable irregularities are a welcomed bonus. Anne also recorded the same procedure in reverse, following the strings from the edge of the fingerboard to the top nut of the instrument.

The piece is divided in four sections, each focusing on one string, and layering its recordings. The upward and downward glissandi form constantly fluctuating, complex combinations of tones, emphasized by manually-controlled sine waves that follow the pitches of the instrument. In the middle of each five minute section, the violins and sines hit the same note, which is then ‘frozen’ and continues as a separate, constant drone for the duration of the piece. The final low notes of each part are also held, adding an extra layer and playing a calm, minute-long drone before the next section begins.

Some subtle radio static and pitched-down viola recordings were added to the mix for extra flavor. The taste is still a tad bitter though.