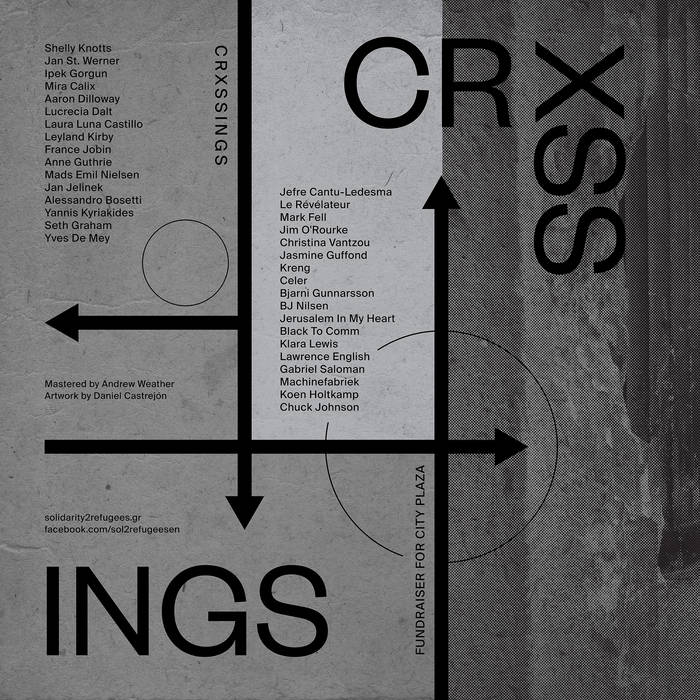 All the funds generated by the sales of this album will be donated directly to City Plaza Hotel, a squatted refuge located in the heart of Athens, Greece, organized for and by migrants from Africa and Asia. These funds will support their struggle to provide material needs for those fleeing economic, environmental, political and military disasters in their home countries. At City Plaza Hotel residents work together in ways that center their own agency, dignity and solidarity with each other.

This compilation in no way claims to represent the voices of refugees and migrants, nor does it represent the scores of incredible musicians from the Middle East, North Africa or Central America whose communities are being disrupted by mass migration. Rather, the artists participating in this compilation recognize that their lives and art have benefitted from the relative ease with which they are able to move across borders, performing for international audiences and developing relationships across cultures. Some of the artists involved are the children of immigrants, or have their own experiences of migration and relocation. All of them share a belief in a basic freedom of movement and stand in solidarity with those migrants and refugees who are struggling to make a better life for their families and themselves.