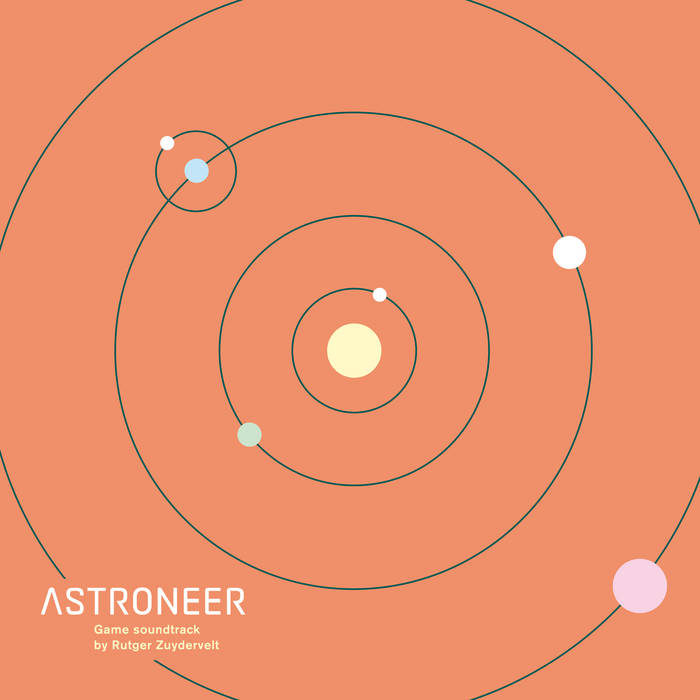 Astroneer is a sci-fi exploration and adventure game from developer System Era. In the game, the music plays continuously and is reactive to the player’s actions. This album presents the musical themes as edited tracks.

Tracks 17-26 are not included on the cd, cause they were made later, when the discs were already produced. They are included with the download though, so you're not missing out.

Track 26 is a variation on the track 'Wold' (as Machinefabriek).