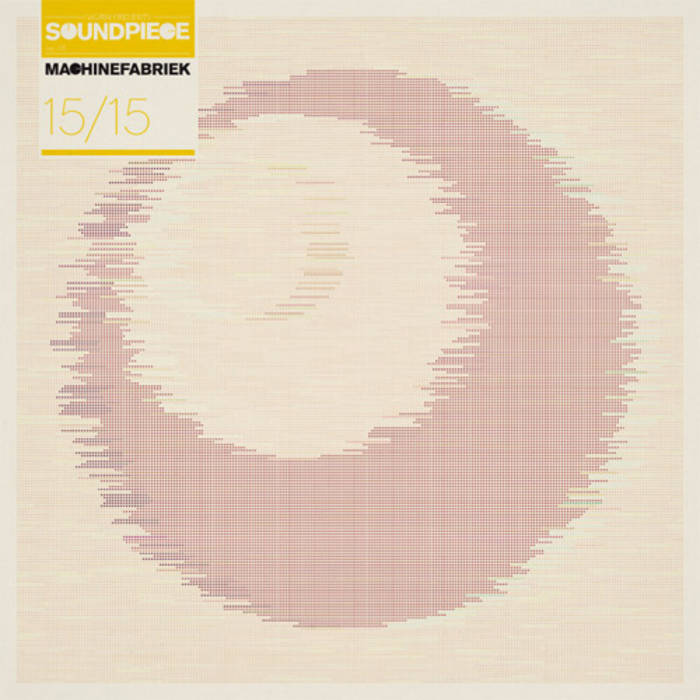 15/15 was commissioned for the 32-speaker system Soundpiece, which is installed under the floor of the square. With the sound source being invisible for the listener, playing music on this system has something quite magical, as if the sounds are just floating in the air.

Instead of ignoring or (to the contrary) overpowering the existing sounds, I decided to make it more like a dialogue. I wanted to keep space in the music, and to have the environment play a part in it. The sounds I’d be using would be as pure as possible - sharp and focused, in contrast to the messy soundscape that’s already there.

I wanted the sound piece to be continuous, meaning that it shouldn’t be a song with a beginning or an end, but something that’s looped infinitely, creating an atmosphere rather then a composition. I took 15 minutes as a timeframe. It seemed like a good duration, considering the time people will be on the square. So, I settled on a fifteen-minute loop.

15/15 takes fifteen sine tones with frequencies ranging from 150 to 9000 hertz, which are repeated at different intervals. For example: every 15 seconds a 150-hertz tone is repeated, every 60 seconds there’s a 600-hertz note, and every quarter of an hour (900 seconds) a 9000-hertz tone is repeated. At every fifteenth minute, everything comes together, marking the next cycle in the loop.

This might all sound a bit mathematical, but it’s a quite simple structure. The result sounds a bit like wind chimes in slow motion. Listening to it has the same effect as watching a water stream or a campfire. It doesn’t seem to change much, but it does have a strange hypnotic effect.

When listening back to this piece I suddenly realized 15/15 ’s resemblance to Brian Eno’s generative composition Neroli. This didn’t happen intentionally, but it’s probably not a coincidence either. After all, its dialogue with the environment makes this a piece of ambient music in the most Eno-esque way.

With its slow pace, 15/15’s tight structure seems in contrast with the seemingly disorganized sounds on the square, but it blends in, creating some order amidst the noise by providing a framework for it.